We have Djs on rotation

The continued in KIZOMBA room for IMPROVERS 9.20-10.00 only whilst SALSA classes on until 10 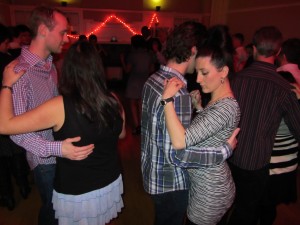 Why the name Salsatricity? When we started nearly 10 years ago there was minimal Bachata …and no Kizomba classes or clubs in the UK so originally just taught Salsa but from day1 played Bachata Cha Cha and Merengue too in the club….and always created a dance storm generating a lot of energy…..but we love dance so we have grown from then We were one of the first to provide classes in Bachata and Kizomba and a place to dance….. and want dance to be for all…and tonight we are adding Cali again…xx we believe in dance and the power of dance and proving excellent lessons in a number of levels and genre and a place to dance where you can come to dance..what ever your level…what ever your background in dance…we are not a bar or restaurant/cafe with a dance school attached we are the dance school and party night with a bar attached…so we are doing it for dance…for dance sake… xxxx and now managed to secure 2 halls for every Saturday

Kizomba music was born in Angola (in Luanda) in early 80s following the influences of traditional semba with kilapanda and merengue. On this basis, Kizomba music emerged as a more modern music genre with a sensual touch mixed with African rhythm. Unlike Semba, Kizomba music is characterised by a slower and usually very romantic rhythm. Given that Angola is a former Portuguese colony, Portuguese is the principal language spoken in Angola and thus, also most Kizomba songs are sung in Portuguese. However, Kizomba songs of the very beginning were song in Kimbundu and in other National languages of Angola.

Held the heats for GB KIZOMBA championships..and first time ever 2 couple were put through…

one went on to become

who represented the UK in Lisbon 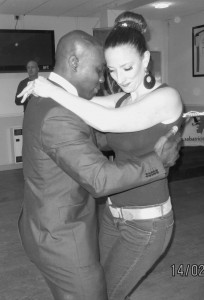 and Louis & Deborah who won our heat and also our hearts

also represented the UK in went to Lisbon

additional classes 8-8.40 on some weeks

…always a good one to be reminded of….
ahhh dancing etiquette….some times overlooked in the rush to get those moves sorted….but oh so important too..
*1….you may ask and be asked by anyone…there are few grounds for refusal and usually its nice to seek them out later …..

* 2. dance in the space you have…don’t do the moves you want!!…which is why having a few Cuban Salsa ones in the salsa hall are so helpful to your arsenal on a busy dance floor…

* 3. dance with the partner you have…eye contact…keeping her {him..we all have a resonsibility} SAFE…is paramount..I still suffer from an injury incurred 4 years ago by a killer stilletto!…..

* 4 personal space…there are ways to dance with some that you would/should never do with others!!

* 5…not finally but you may be getting bored by now…..personal hygene…as the nights hot up…not only in the summer…it is oh so important!!!……we have gum at the club and extra tops/deoderant/perfume/etc etc etc is a must…please!! xxxx dancing with a sweaty partner is acceptable but there are limits…sorry! xx..

NO ONE IS TOO GOOD TO DANCE WITH A BEGINNER 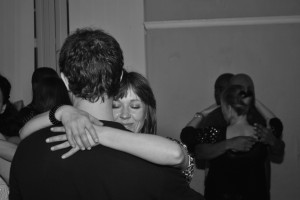 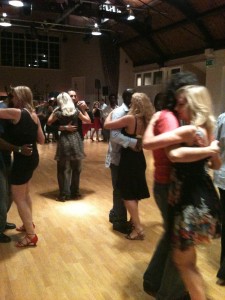 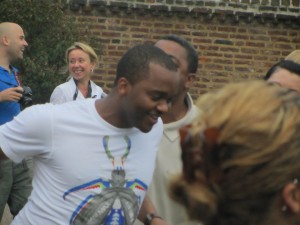 For now..a DEFINITION from WiKipedia

Kizomba is one of the most popular genres of dance and music originating in Angola. It is a mix of traditional Angolan semba with kilapanda andmerengue sung generally in Portuguese, wrongly confused with Zouk, because the pace is very similar.In Europe the word “kizomba” is used for any type of music derived from zouk, even if not of Angolan origin.

It was the Kimbundu name for a dance in Angola as early as 1894. The Kizomba dancing style is also known to be very sensual and flows with a music of a romantic flow

The dance style Kizomba was conected two the music style in 1981, through “Bibi king of the pace” percussionist of the SOS Band, a group that joining other styles such as merengue and angolan rhythms to others styles developed by other contemporary groups, developing a sound more attractive and danceable that began circulating in the Angolan “Kizombadas” (party’s).One member of this group was Eduardo Paim that after the dissolution of SOS, moved to Portugal leading with him the pace Kizomba, which began garnering fans in Lusitanian lands but mistakenly confused with a variant of Zouk.

Eduardo Pain
—I am the precursor of Kizomba. It was a process that began in the early 80’s with groups whose names are Afro Sond Star and soon after SOS. I was inspired by the Afro Sound Star, already assumed as reference style the kilapanda, in the mix appeared things that excited me, I gathered a lot of references that I could grab from the semba and our merengue, and these references eventually gave me conditions to unwittingly develop a sound which, face it, people fell in love. When I arrived in Portugal (with my music), I was highly criticized and even they called her zouk. But it is not zouk. It is Kizomba.

Confusions between zouk and kizomba arise after many Cape Verdean emigrants in France in the late 80’s, have taken contact with zouk and mix it with a tradicional Cape Verde style the coladera, creating the cola-zouk, a derivative of zouk, very similar to the kizomba and typically sung in Cape Verdean Creole. It is this rhythm that is confused with kizomba, and is heard in Portugal when Eduardo Paim arrives there and releases his first record with kizombas.

Presently, in Lusophone countries and communities around the world, and due to it being very difficult to distinguish between zouk, cola-zouk and Kizomba, all these styles are called kizombas, however in a rough and generic way, one can say that Zouk is sung in French, cola-zouk in Cape Verdean Creole and Kizomba in Portuguese or Kimbundu.

However although Kizomba was not originally a fusion of semba and zouk, presently arose a version of kizomba influenced by zouk, and is wrongly being popularized as kizomba, as the name given to this version is “Kizouk” or “kizombalove”. This zouk influenced of kizomba (or vice versa) is actually becoming very popular throughout the world.

It is also performed in other lusophone African countries, in Europe and in USA. It is known for having a slow, insistent, somewhat harsh, yet sensuous rhythm; the result of electronic percussion. It is ideally danced accompanied by a partner, very smoothly and slowly, though not too tightly. A rather large degree of flexibility in the knees is required, owing to the frequent requirement that dancers bob up and down.

The influence of Angolan kizomba is felt in most Portuguese-speaking African countries, but also Portugal (especially in Lisbon and surrounding suburbs such as Amadora or Almada), where communities of immigrants have established clubs centered on the genre in a renewed kizomba style. Kizomba is now also quite popular among white people that come to these clubs in growing numbers. The São Tomean kizomba music is very similar to the Angolan, Juka is the most notable among the Sãotomeans, but it is also one of the most notable performers in the genre.

In Angola most clubs are based in Luanda. Famous Angolan kizomba musicians include Neide Van-Dúnem, Don Kikas, Calo Pascoal and Irmãos Verdades, Anselmo Ralph, among many others, butBonga is probably the best known Angolan artist, having helped popularize the style both in Angola and Portugal during the 1970s and 1980s.

Kizomba is mentioned in 1894 in the Bulletin of the American Geographical Society of New York which said “the genuine Kimbundu name is Kizomba, that is, dance.” In Angola in the 1950s the expression Kizombadas referred to a party. There was no association of the word to a dance or musical genre. However, the dance known as “Semba”, “Rebita”, “Kabetula”, “Maringa”, already existed in the 50’s and 60’s. Other dances coming from Europe like Tango were practiced by the Portuguese colonials. The style of Kizomba is now emphasizes a very smooth way of dancing with influences of Tango steps, but one of the main differences is that the lower body, the hip, does forward/backwards and circle movements. People dance on the tempo, as well as playing on the off beat and only sometimes using syncopation steps.